Here's a little visual slice of what my pottery studio looks like. A friend helped me enclose one third of our 36'x36' carport. Walls are 2"x6" studs, ceiling is 2"x8" -- lots of fat gaps to insulate with R-19. The drywall "seals the deal," and now it takes about 30 minutes to bring a 47 degree interior air temperature up to 70 degrees. Once the room feels comfortable, the wall mounted 220v forced air heater goes off and temperature is maintained by that oil-filled radiator free standing floor heater. It draws 1500 watts, but I need to keep the room heated day and night when I'm drying pots.

The ware rack on the right is what I used in the old studio. I built it about 30 years ago and used it up until about 1988 or '89 when I stopped throwing pots to explore other careers. Once removed from the old studio, I simply used one side to share a support for the new set of racks on the left, thus doubling the space for sliding those ware boards onto the 2"x2" rails.

The Shimpo wheel that sits out in the middle of the floor was given to me by Jeff Procter, the Master Potter under whom I studied in the late 70s and early 80s. Jeff was a salt glazer and it's a shame that he is no longer throwing. We are in touch after many years of drifting apart and I'm hopeful that he will get back into clay. He has a gift that few potters have, and which most potters wish they had. I threw thousands of pots on that old Shimpo, but I recently scored a fabulous deal on a Brent Model CXC. All I can say about the new wheel is that it is QUIET; there is no motor running when the switch is on the "ON" position and the silence is wonderful.

The pots in the photos have been thrown, dried to the leather hard stage, were trimmed, then dried to the bone dry stage before being loaded into the kiln and fired to 1830 degrees to turn them into bisque ware. They are upside down because they have all received a coating of wax resist in to prevent glaze adhering to the foot of each pot when it is dipped into the glaze bucket; you don't want glaze on the foot or the pot will adhere to the kiln shelf and that, my friends, is a bad thing. 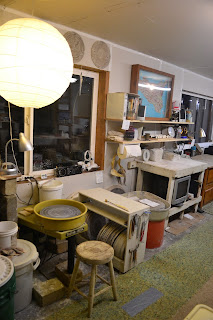 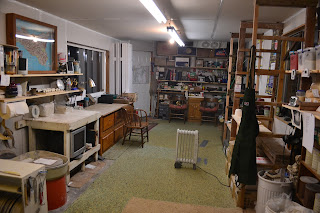 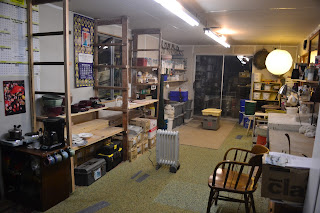 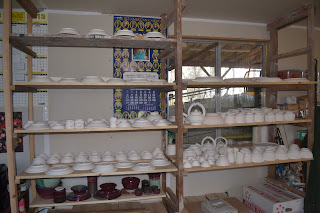 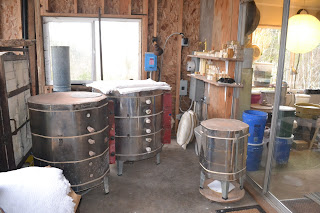 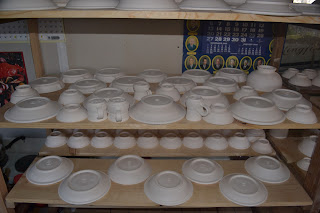 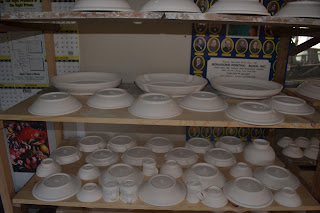 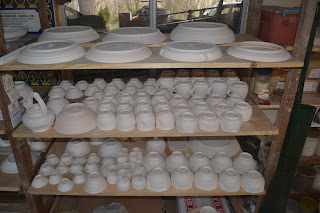 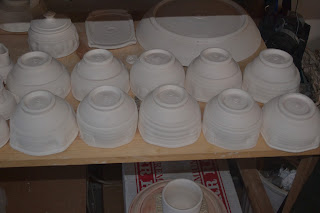 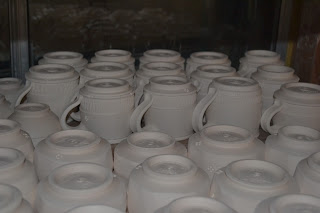