Angelique is a genius. She came up with some glaze combinations that she commande......I mean, suggested I try. Sounded simple enough.

There are some other pots for which she had combination designs as well. We love the green and the beautiful, buttery semi-matte finish of the brown that the North Fork clay produces.

North Fork clay is a native clay. That means it comes from "around these here parts." That's right -- right out of the ground. Free. Untouched by human hands for tens of millions of years. My friend and mentor, Jeff Procter discovered this rich clay deposit many years ago and actually used it as his liner glaze for his salt fired ware. In January, Jeff took me to his secret spot where I dug two 5 gallon buckets of the greenish clay. Because Jeff's firing temperature was significantly higher than mine is, he didn't have to add any fluxes to the clay in order to get it to melt.

I want to give a very loud SHOUT OUT to Craig Martell, the master potter and glaze whiz who suggested the formula for the 79% North Fork glaze recipe. Craig is probably one of the best potters in Oregon and ranks right up there with Pat Horsely, Don Sprague, Dan Wheeler of Mossy Creek Pottery and of course, Jeff Procter (who sadly is no longer throwing pots). 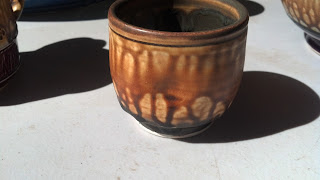 This mug is glazed throughout in an Oribe green. The chattering leaves a nice surface design on the lower 1/5 of the pot: 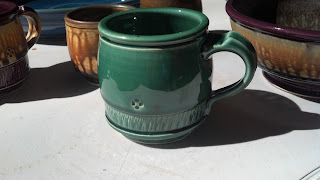 Angelique wasn't crazy about this combination of the ash glaze and the Oribe green. I, on the other hand, LOVE IT! 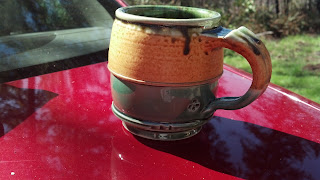 Interior shot of the North Fork on a tea bowl: 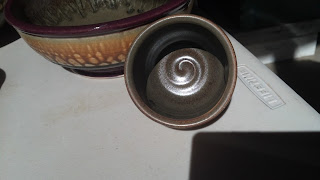 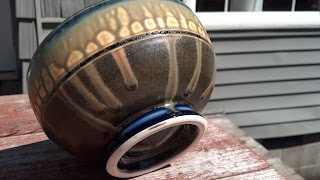 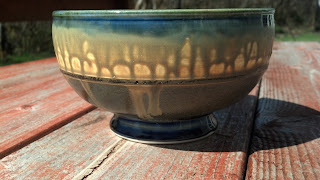 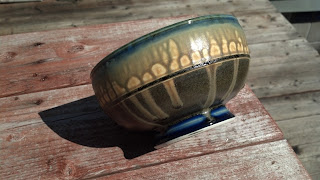 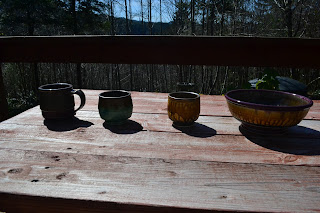 Again, Angeliques idea. She wanted to see how the ash glaze bled into the blue. In the Paul Simon song, the orange bled the blue. But not here. No. The yellow bled the blue. :-) 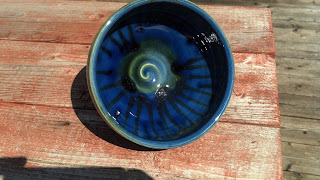 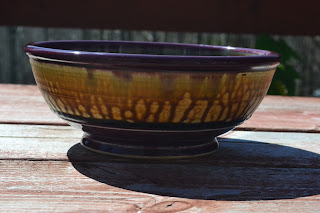 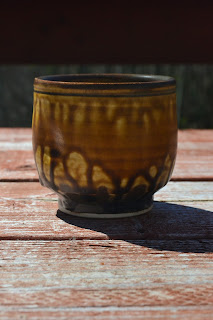 A better shot of the North Fork glaze. Plum Red overlaps the native clay on the lip. 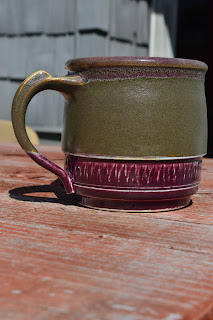 What's not to love about the lattice goings-on of an ash or, in this case, a fake ash glaze? 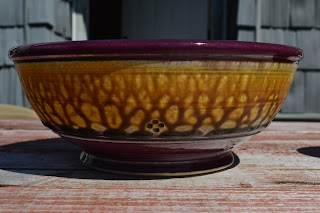 Tea bowl with the Oribe overlapping the North Fork: 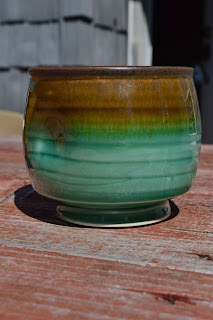 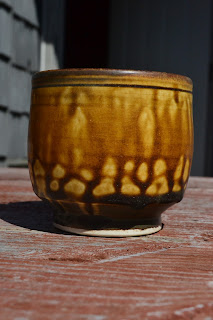 Focal point is on the interior center of the pot so you can see how wonderfully smooth this native clay glaze is: 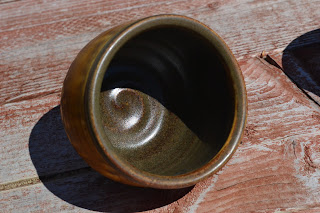 Focal point is on the lip of the pot so you can see how it lies on an edge: 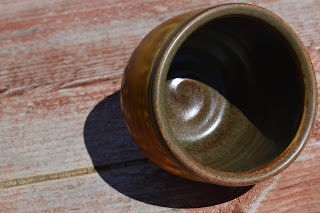 Angelique likes the Plum Red running and trickling into the center. I'm undecided. I might like such an effect more on the exterior of a pot. We'll have to see. 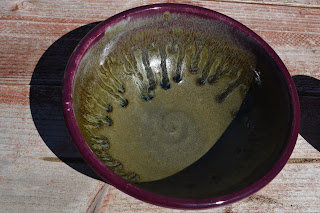 Again, focal point on the center of the interior: 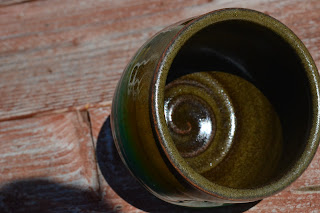 And then on the lip of the pot: 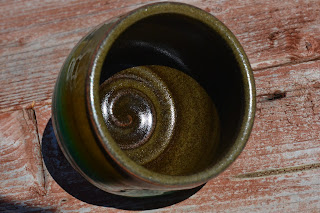